Home » Articles » What is the Collective Unconscious? – a Jungian Perspective

The term ‘Collective’ refers to psychic contents that belong not to one individual but to a society, a people or the human race in general. (See also collective unconscious (below), individuation and persona.) 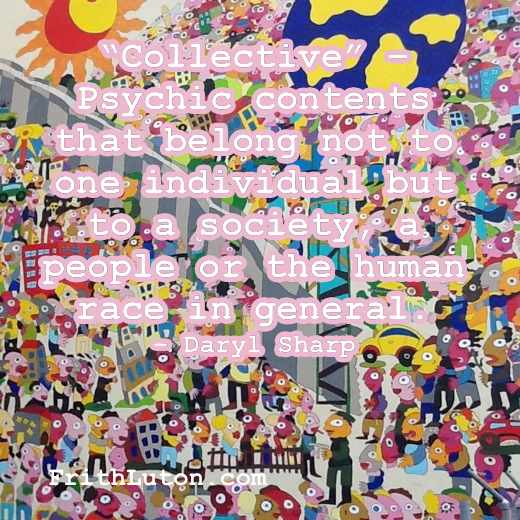 The conscious personality is a more or less arbitrary segment of the collective psyche. It consists in a sum of psychic factors that are felt to be personal [“The Persona as a Segment of the Collective Psyche,” CW 7, par. 244.]

Identification with the collective and voluntary segregation from it are alike synonymous with disease. [“The Structure of the Unconscious,” ibid., par. 485.]

A collective quality adheres not only to particular psychic elements or contents but to whole psychological functions.

Thus the thinking function as a whole can have a collective quality, when it possesses general validity and accords with the laws of logic. Similarly, the feeling function as a whole can be collective, when it is identical with the general feeling and accords with general expectations, the general moral consciousness, etc. In the same way, sensation and intuition are collective when they are at the same time characteristic of a large group. [“Definitions,” CW 6, par. 692.]

The collective unconscious contains the whole spiritual heritage of mankind’s evolution, born anew in the brain structure of every individual. [“The Structure of the Psyche,” CW 8, par. 342.] 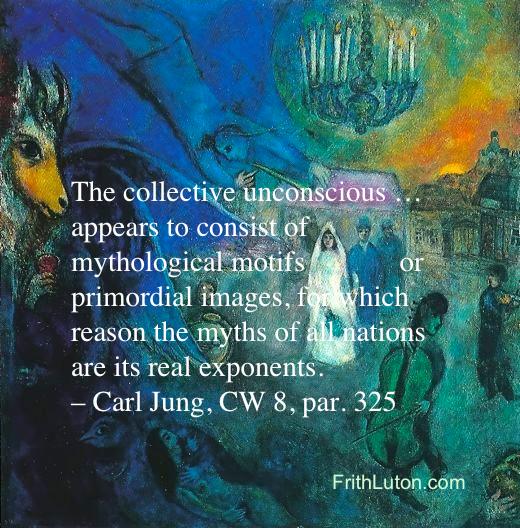 Jung derived his theory of the collective unconscious from the ubiquity of psychological phenomena that could not be explained on the basis of personal experience. Unconscious fantasy activity, for instance, falls into two categories.

First, fantasies (including dreams) of a personal character, which go back unquestionably to personal experiences, things forgotten or repressed, and can thus be completely explained by individual anamnesis. Second, fantasies (including dreams) of an impersonal character, which cannot be reduced to experiences in the individual’s past, and thus cannot be explained as something individually acquired. These fantasy-images undoubtedly have their closest analogues in mythological types. … These cases are so numerous that we are obliged to assume the existence of a collective psychic substratum. I have called this the collective unconscious. [“The Psychology of the Child Archetype,” CW 9i, par. 262.]

The more one becomes aware of the contents of the personal unconscious, the more is revealed of the rich layer of images and motifs that comprise the collective unconscious. This has the effect of enlarging the personality.

In this way there arises a consciousness which is no longer imprisoned in the petty, oversensitive, personal world of the ego, but participates freely in the wider world of objective interests. This widened consciousness is no longer that touchy, egotistical bundle of personal wishes, fears, hopes, and ambitions which always has to be compensated or corrected by unconscious counter-tendencies; instead, it is a function of relationship to the world of objects, bringing the individual into absolute, binding, and indissoluble communion with the world at large. [“The Function of the Unconscious,” CW 7, par. 275.]

A Jungian analysis, in my experience, will typically engage with many images from the collective unconscious, as it is an aspect of all our lives. To learn more about this process, I encourage you to read about Working with Jungian Theory and Practice