In the course of presenting lectures in various cities (both in Australia and overseas), it has been a pleasure to meet with the many individuals who have been interested and inspired by the work of Carl Jung and the legacy of his enduring body of work.

However, due to my private practice becoming busier, I have decided to focus on that work instead of investing a great deal of energy into researching and presenting lectures to various Jung Societies around Australia.

My ‘public’ work currently consists of offering some ongoing Jungian Study Groups in Melbourne. Should this be of interest, I invite you to indicate your interest by adding your name to one of the short forms on the side of this website. I will notify you when a new course starts, and when places are available. Perhaps we will meet that way one day.

For private Jungian analysis work, please make an initial enquiry via the Form on the  Contact page  or by calling my private practice line on (03) 9889 3152 during business hours.

Liminality: encounters and dialogues of borderlands and thresholds – ‘The Tree in the Sea’

At borders, as at death and in dreams, no amount of prior planning will necessarily avail. The law of boundaries applies. In the nature of things, control is not in the hands of the traveller … at borders there is never an ordinary course of events. – Janette Turner Hospital

Images that are true symbols … are the best possible expressions for something unknown—bridges thrown out towards an unseen shore. – CG Jung

Liminality encompasses transitional place and time. It also evokes the symbolism of the potentials of borderland spaces or places or in-between zones—twilight and littoral zones.  ‘Liminality’ is a term derived from the Latin limen: threshold or doorway. In psychology it is generally used to refer to psychic states experienced on the threshold between consciousness and unconsciousness. This talk will focus on the mercurial realm of the ‘betwixt and between’ and will amplify the symbolism of a particular form of the alchemical philosophical tree: the mangrove tree—a plant that grows in intertidal areas of the ocean shore or river estuaries.  In exploring the dynamics of the liminal, Frith will refer to understandings from Jung’s analytical psychology about what can potentially emerge or grow there.  Ecologically the mangal (mangrove swamps and forests), if preserved, can provide a natural nursery and sanctuary—fostering rich biodiversity where the land meets the ocean, and freshwater and saltwater merge.

Podcast interview with Laura London from the Speaking Of Jung website.

The interview largely centred around my book Bees, Honey and The Hive, and covered many Jungian topics in the process.

Follow this link for more background information on this interview. 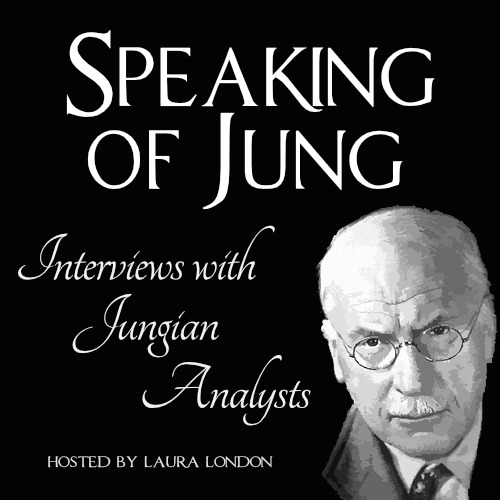 Liminality: encounters and dialogues of borderlands and thresholds – ‘The Tree in the Sea’

Inner City Books in Canada, a specialist Jungian publisher, published my work Bees, Honey and the Hive in January 2011. The book is a Jungian exploration of the symbolism of the Bee, the honey and the hive, and their significance in myth and as a psychological metaphor.

Signed copies can be ordered by contacting me directly via…   FrithLuton.com/Contact

Alternatively, copies can be ordered direct from the publisher at…   Inner City Books 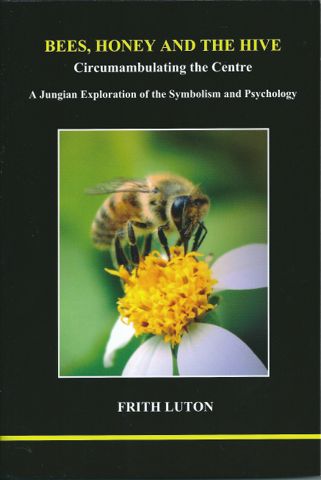 Alta, Norway:  Frith presented at a symposium for graduate Jungian Analysts from the Research and Training – Centre for Depth Psychology according to C.G. Jung and Marie-Louise von Franz

The puer or puella typically leads an adventurous but provisional life, as the fear of being fenced in is great. Jung comments:

The “eternal child” in man is an indescribable experience, an incongruity, a handicap, and a divine prerogative; an imponderable that determines the ultimate worth or worthlessness of a personality. [CW 9i, par. 300]

This lecture explored the territory of the ‘forever young’ and the kind of healing possible when one asks Jung’s central question:

I no longer seek the cause of a neurosis in the past, but in the present. I ask, what is the necessary task which the patient will not accomplish? [“Psychoanalysis and Neurosis”, CW4, par. 570]

Frith’s lecture on the Puer Aeternus to the Sydney Jung Society was the last at their inner-city venue, before their move to a new meeting venue.

Frith presented a total of seven lectures in Switzerland in April, 2011.

Three lectures based on her work on Bees, Honey and the Hive were presented at ISAP (International School for Analytical Psychology) to students of their training program. ISAP, Zurich is one of the main Jungian training organisations in the world.

Another lecture based on Bees, Honey and the Hive was at the Psychological Club in Zurich, which was originally founded by Carl Jung.

A further three lectures titled Psyche, Cycles and Symbol were presented at the Centre for Depth Psychology.

In early November 2011, Frith presented a lecture to the Jung Society of South Australia on the topic of The Wounded Healer.

Frith was at a Graduates’ conference in Switzerland in November 2011, where she presented a lecture on her recent work to her analyst colleagues.

A launch was held for my book Bees, Honey and the Hive in Melbourne on Thursday 10 February at the Abbotsford Convent. Many dear friends and colleagues joined in the wonderful celebration of the arrival of this work. It means a great deal to me to have seen so many of you on this occasion. Thank you to all who came.

Frith was interviewed for ABC Radio National’s Encounter program on the subject of Sacred Bees. This follows her Jungian Diploma thesis entitled Circumambulating the Centre: The Symbolism of the Bee, the Honey and the Hive.

“Encounter tunes into the sacred hum of a tiny insect that has ensured our physical and spiritual health over centuries. With bee colonies mysteriously collapsing around the world this program explores the Christian and Islamic symbolism of bees and how that relates to human spiritual development and our harmonious relationship with the environment.”

To listen to the program or to read the transcript follow this link:

You can listen to an excerpt from Frith’s 2009 lecture on Bees, the Honey and the Hive here:

Frith presented a 3-lecture series, based on her work on Bees, at the Centre for Depth Psychology in Switzerland in March 2010, and a further 3 lecture series titled Psyche, Cycles and Symbol in April 2011.

For a full chronological summary of Past Lectures, follow this link