Home » Lectures and Publications » Lecture: Bees, Honey and the Hive

Bees, Honey and the Hive—Circumambulating the Centre:  A Jungian Exploration of the Symbolism and Psychology

Bees have been of high value and fascination to humans for millennia—venerated, yet feared. The way a hive of bees lives and works tirelessly in the service of its queen and to produce honey, a marvellous golden substance, is a living mystery. As honey producers and crucial pollinators of the plants that provide food for humankind, bees are like the saviours of the macrocosm, mentioned in alchemy. 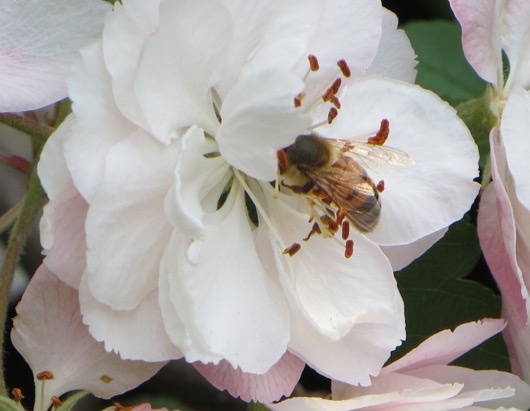 Frith Luton brings together her practical experience as a beekeeper and insights gained through Depth psychology, particularly through an appreciation of Jung’s culminating work Mysterium Coniunctionis (subtitled ‘An Inquiry into the Separation and Synthesis of Psychic Opposites in Alchemy’).

Frith’s lecture involves an approach to the alchemical union of opposites through symbolism related to the life and nature of the bee. Some particular opposites associated with the bee, honey and the hive include those of love and war, sweetness and bitterness, the individual and multiplicity, light and dark, order and chaos, industry and laziness, earth and heaven/the sky, sun and moon, spirit and matter, fertility and sterility, regeneration and death.

The symbolism of the bee, honey and the hive intertwine but at the core is the imagery of the circumambulation of the centre—for bees, this is a dynamic in the service of the queen bee and the preservation of the hive; in depth psychological terms, circumambulation is linked with mandala symbolism or the archetype of inner order: an archetype that Jung said was perhaps the most important.

Frith Luton is a Jungian analyst in private practice in Melbourne, Australia. She completed her Jungian analyst training in Zurich, starting at the CG Jung Institute and graduating from the Research and Training Centre in Depth Psychology (Zentrum). Frith has been a professional book editor since 1988 and holds a Bachelor of Arts (Hons) in History, Diploma of Education, Graduate Diploma in Editing and Publishing, and Master of Analytical Psychology. Her book Bees, Honey and the Hive was published by Inner City Books in January 2011.

The bee features in the creation myths, and the religious and cultural symbolism of many peoples. The symbolism of the bee is vast, linking heaven and earth, god and man, the plant and animal kingdoms, sky gods and earth goddesses—including the supreme sky gods, the sun gods, and the Great Mother.

Honey, and the nectar it is made from, is almost universally regarded as ‘the food of the Gods’. Ever since humans first discovered the sweetness of honey and began searching for wild hives so they could harvest the honeycomb, the bee has been venerated and seen as one of the wonders of nature. Bees are social and industrious, and committed to the health and welfare of the hive. They are beautiful, but also terrifying in that they have a powerful sting and venom and can act en masse. They can become very aggressive if an insensitive human being or animal disturbs their hive or threatens to rob their precious honey stores.

Honey, the miraculous sweet golden substance or healing elixir that is produced by the bees, can be seen as one form of the alchemical lapis, while the bee’s sting has been likened to that of the arrows of Eros or Cupid, the god of love. The bees’ honey-making, the regulation of the hive (that is, the whole colony) and dedicated care for their queen symbolically have much in common with the chrysopoeia (the gold-making) of alchemy and with the entire alchemical opus and its processes, and thus with the psychological individuation process that CG Jung describes. The symbolism of the bee, honey and the hive intertwine, but at the core is the imagery of the circumambulation of the centre—for bees, this is a dynamic in the service of the queen bee and thus of zoë, the indestructibility of life; psychologically it is linked with the mandala or the archetype of inner order.

… in the honey, the ‘sweetness of earths’, we can easily recognise the balsam of life that permeates all living, budding, and growing things. It expresses, psychologically, the joy of life and the life urge which overcome and eliminate everything dark and inhibiting. Where spring-like joy and expectation reign, spirit can embrace nature and nature, spirit. 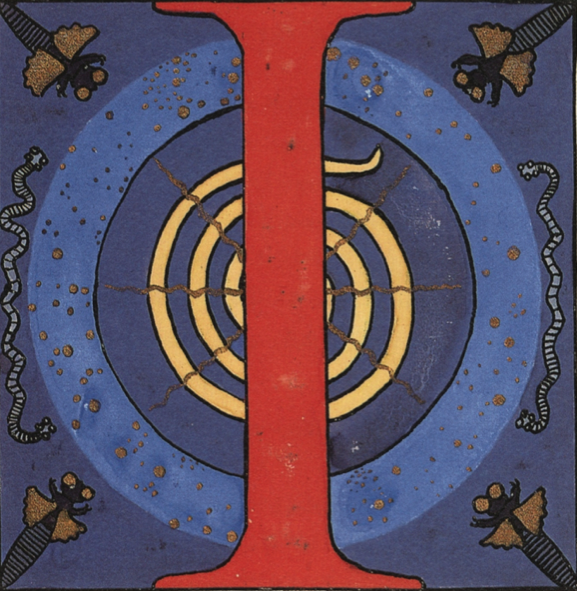