Home » Articles » The Self and its Appearances in Dreams, Myths and Fairytales

Self. The archetype of wholeness and the regulating center of the psyche; a transpersonal power that transcends the ego.

As an empirical concept, the self designates the whole range of psychic phenomena in man. It expresses the unity of the personality as a whole. But in so far as the total personality, on account of its unconscious component, can be only in part conscious, the concept of the self is, in part, only potentially empirical and is to that extent a postulate. In other words, it encompasses both the experienceable and the inexperienceable (or the not yet experienced). … It is a transcendental concept, for it presupposes the existence of unconscious factors on empirical grounds and thus characterizes an entity that can be described only in part. [“Definitions,” CW 6, par. 789.] 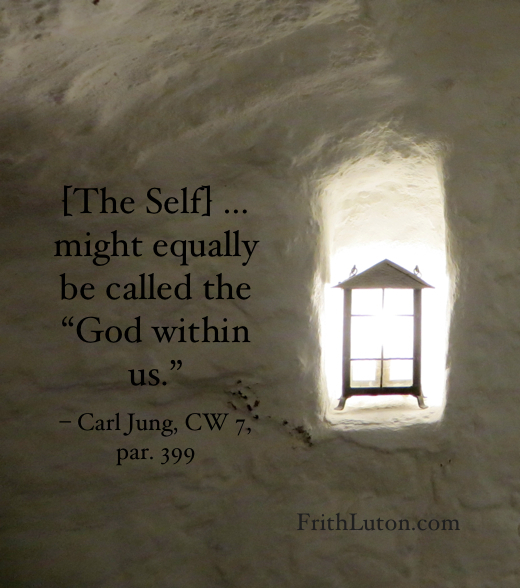 The self is not only the centre, but also the whole circumference which embraces both conscious and unconscious; it is the centre of this totality, just as the ego is the centre of consciousness. [“Introduction,” CW 12, par. 44.]

Appearances of the Self

Like any archetype, the essential nature of the self is unknowable, but its manifestations are the content of myth and legend.

The self appears in dreams, myths, and fairytales in the figure of the “supraordinate personality,” such as a king, hero, prophet, saviour, etc., or in the form of a totality symbol, such as the circle, square, quadratura circuli, cross, etc. When it represents a complexio oppositorum, a union of opposites, it can also appear as a united duality, in the form, for instance, of tao as the interplay of yang and yin, or of the hostile brothers, or of the hero and his adversary (arch-enemy, dragon), Faust and Mephistopheles, etc. Empirically, therefore, the self appears as a play of light and shadow, although conceived as a totality and unity in which the opposites are united. [“Definitions,” CW 6, par. 790.]

The realization of the self as an autonomous psychic factor is often stimulated by the irruption of unconscious contents over which the ego has no control. This can result in neurosis and a subsequent renewal of the personality, or in an inflated identification with the greater power.

The ego cannot help discovering that the afflux of unconscious contents has vitalized the personality, enriched it and created a figure that somehow dwarfs the ego in scope and intensity. … Naturally, in these circumstances there is the greatest temptation simply to follow the power-instinct and to identify the ego with the self outright, in order to keep up the illusion of the ego’s mastery. … [But] the self has a functional meaning only when it can act compensatorily to ego-consciousness. If the ego is dissolved in identification with the self, it gives rise to a sort of nebulous superman with a puffed-up ego. [“On the Nature of the Psyche,” CW 8, par. 430.]

The ‘God within us’

Experiences of the self possess a numinosity characteristic of religious revelations. Hence Jung believed there was no essential difference between the self as an experiential, psychological reality and the traditional concept of a supreme deity.