You are here: Home / Articles / Wholeness

Wholeness. A state in which consciousness and the unconscious work together in harmony. (See also self.)

Although “wholeness” seems at first sight to be nothing but an abstract idea (like anima and animus), it is nevertheless empirical in so far as it is anticipated by the psyche in the form of spontaneous or autonomous symbols. These are the quaternity or mandala symbols, which occur not only in the dreams of modern people who have never heard of them, but are widely disseminated in the historical records of many peoples and many epochs. Their significance as symbols of unity and totality is amply confirmed by history as well as by empirical psychology. [“The Self,” ibid., par. 59.] 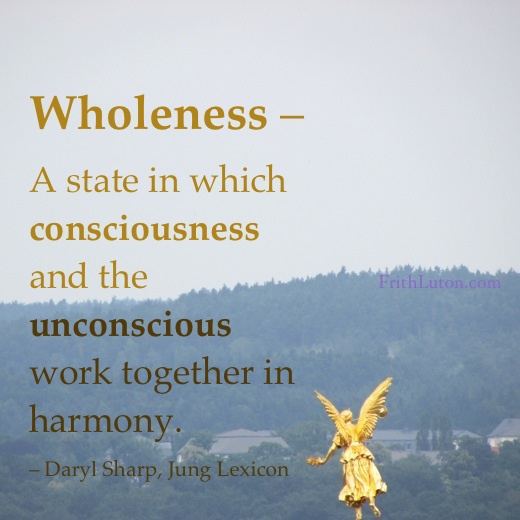 In terms of individuation, where the goal is a vital connection with the self, Jung contrasted wholeness with the conflicting desire to become perfect.

The realization of the self, which would logically follow from a recognition of its supremacy, leads to a fundamental conflict, to a real suspension between opposites (reminiscent of the crucified Christ hanging between two thieves), and to an approximate state of wholeness that lacks perfection. … The individual may strive after perfection … but must suffer from the opposite of his intentions for the sake of his completeness. [“Christ, A Symbol of the Self,” ibid., par. 123.]