A belief in the supremacy of individual interests over those of the collective, not to be confused with individuality (see below) or individuation. 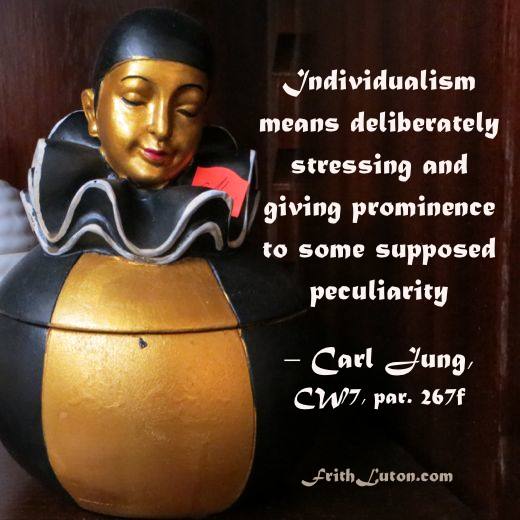 Individualism means deliberately stressing and giving prominence to some supposed peculiarity rather than to collective considerations and obligations. But individuation means precisely the better and more complete fulfilment of the collective qualities of the human being, since adequate consideration of the peculiarity of the individual is more conducive to a better social performance than when the peculiarity is neglected or suppressed.

… Since the universal factors always appear only in individual form, a full consideration of them will also produce an individual effect, and one which cannot be surpassed by anything else, least of all by individualism. [“The Function of the Unconscious,” CW 7, pars. 267f.]

The qualities or characteristics that distinguish one person from another. (See also personality.)

By individuality I mean the peculiarity and singularity of the individual in every psychological respect. Everything that is not collective is individual, everything in fact that pertains only to one individual and not to a larger group of individuals. [“Definitions,” CW 6, par. 756.] 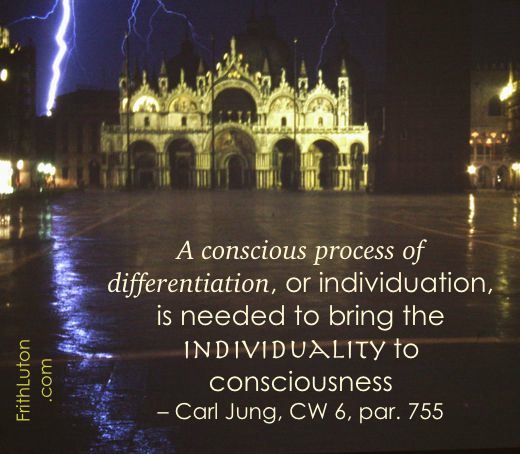 The psychological individual, or his individuality, has an a priori unconscious existence, but exists consciously only so far as a consciousness of his peculiar nature is present . … A conscious process of differentiation, or individuation, is needed to bring the individuality to consciousness, i.e., to raise it out of the state of identity with the object. [Ibid., par. 755.]

In the undifferentiated psyche, individuality is subjectively identified with the persona but is actually possessed by an inner, unrecognized aspect of oneself. In such cases, one’s individuality is commonly experienced in another person, through projection. If and when this situation becomes intolerable to the psyche, appropriate images appear in an attempt at compensation.

This … frequently gives rise in dreams to the symbol of psychic pregnancy, a symbol that goes back to the primordial image of the hero’s birth. The child that is to be born signifies the individuality, which, though present, is not yet conscious. [Ibid., par. 806.]