Home » Articles » The Complex – a Key Jungian Concept – are they Negative?

[A complex] is the image of a certain psychic situation which is strongly accentuated emotionally and is, moreover, incompatible with the habitual attitude of consciousness. [“A Review of the Complex Theory,” CW 8, par. 201.]

The via regia to the unconscious … is not the dream, as [Freud] thought, but the complex, which is the architect of dreams and of symptoms. Nor is this via so very “royal,” either, since the way pointed out by the complex is more like a rough and uncommonly devious footpath. [Ibid., par. 210.] 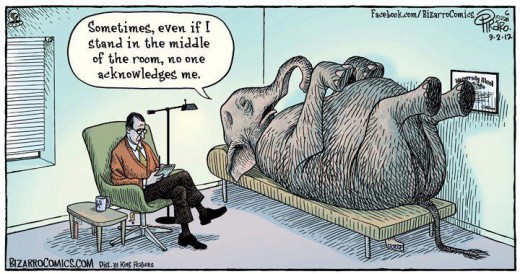 Formally, complexes are “feeling-toned ideas” that over the years accumulate around certain archetypes, for instance “mother” and “father.” When complexes are constellated, they are invariably accompanied by affect. They are always relatively autonomous.

Complexes interfere with the intentions of the will and disturb the conscious performance; they produce disturbances of memory and blockages in the flow of associations; they appear and disappear according to their own laws; and they can temporarily obsess consciousness, or influence speech and action in an unconscious way. In a word, complexes behave like independent beings. [“Psychological Factors in Human Behaviour,” ibid., par. 253.]

Complexes are in fact “splinter psyches.” The aetiology of their origin is frequently a so-called trauma, an emotional shock or some such thing, that splits off a bit of the psyche. Certainly one of the commonest causes is a moral conflict, which ultimately derives from the apparent impossibility of affirming the whole of one’s nature. [“A Review of the Complex Theory,” ibid., par. 204.]

Everyone knows nowadays that people “have complexes.” What is not so well known, though far more important theoretically, is that complexes can have us. [Ibid., par. 200.]

Jung stressed that complexes in themselves are not negative; only their effects often are. In the same way that atoms and molecules are the invisible components of physical objects, complexes are the building blocks of the psyche and the source of all human emotions.

Complexes are focal or nodal points of psychic life which we would not wish to do without; indeed, they should not be missing, for otherwise psychic activity would come to a fatal standstill. [“A Psychological Theory of Types,” CW 6, par. 925.]

Complexes obviously represent a kind of inferiority in the broadest sense … [but] to have complexes does not necessarily indicate inferiority. It only means that something discordant, unassimilated, and antagonistic exists, perhaps as an obstacle, but also as an incentive to greater effort, and so, perhaps, to new possibilities of achievement. [Ibid., par. 925.]

Some degree of one-sidedness is unavoidable, and, in the same measure, complexes are unavoidable too. [“Psychological Factors in Human Behaviour,” CW 8, par. 255.]

How we Experience the Negative Effects of a Complex

The negative effect of a complex is commonly experienced as a distortion in one or other of the psychological functions (feeling, thinking, intuition and sensation). In place of sound judgment and an appropriate feeling response, for instance, one reacts according to what the complex dictates. As long as one is unconscious of the complexes, one is liable to be driven by them.

The possession of complexes does not in itself signify neurosis … and the fact that they are painful is no proof of pathological disturbance. Suffering is not an illness; it is the normal counterpole to happiness. A complex becomes pathological only when we think we have not got it. [“Psychotherapy and a Philosophy of Life,” CW 16, par. 179.]

Identification with a complex, particularly the anima/animus and the shadow, is a frequent source of neurosis. The aim of analysis in such cases is not to get rid of the complexes – as if that were possible – but to minimize their negative effects by understanding the part they play in behavior patterns and emotional reactions.

A complex can be really overcome only if it is lived out to the full. In other words, if we are to develop further we have to draw to us and drink down to the very dregs what, because of our complexes, we have held at a distance. [“Psychological Aspects of the Mother Archetype,” CW 9i, par. 184.]