Splitting. A term used to describe the dissociation of the personality, marked by attitudes and behavior patterns determined by complexes. (See also neurosis.) 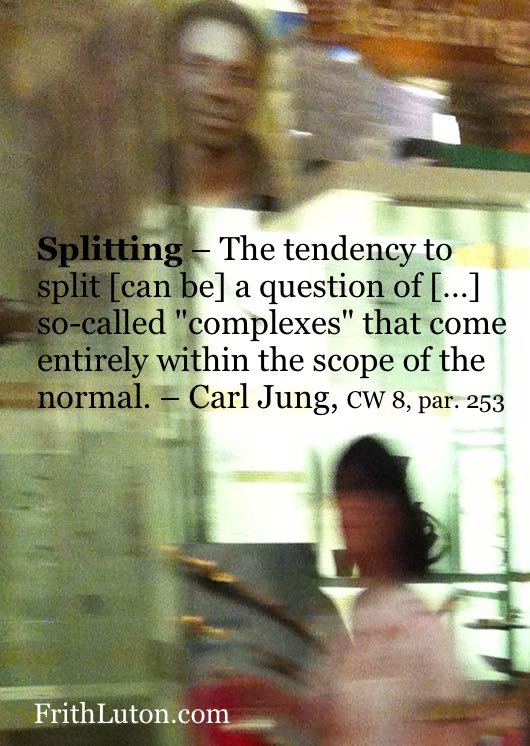 Although this peculiarity is most clearly observable in psychopathology, fundamentally it is a normal phenomenon, which can be recognized with the greatest ease in the projections made by the primitive psyche. The tendency to split means that parts of the psyche detach themselves from consciousness to such an extent that they not only appear foreign but lead an autonomous life of their own. It need not be a question of hysterical multiple personality, or schizophrenic alterations of personality, but merely of so-called “complexes” that come entirely within the scope of the normal. [“Psychological Factors in Human Behaviour,” CW 8, par. 253].