Depression. A psychological state characterized by lack of energy. (See also final, libido,and regression.)Energy not available to consciousness does not simply vanish. It regresses and stirs up unconscious contents (fantasies, memories, wishes, etc.) that for the sake of psychological health need to be brought to light and examined.

Depression should therefore be regarded as an unconscious compensation whose content must be made conscious if it is to be fully effective. This can only be done by consciously regressing along with the depressive tendency and integrating the memories so activated into the conscious mind – which was what the depression was aiming at in the first place. [“The Sacrifice,” CW 5, par. 625.] 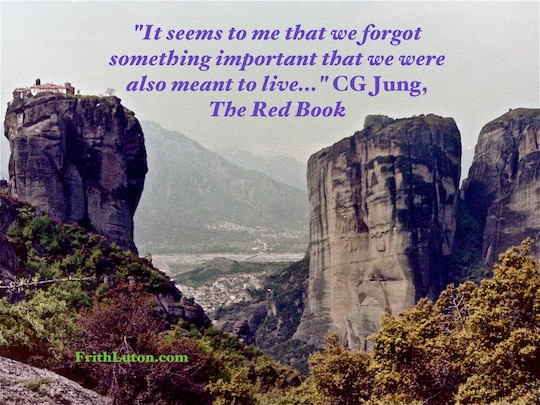 Depression is not necessarily pathological. It often foreshadows a renewal of the personality or a burst of creative activity.

There are moments in human life when a new page is turned. New interests and tendencies appear which have hitherto received no attention, or there is a sudden change of personality (a so-called mutation of character). During the incubation period of such a change we can often observe a loss of conscious energy: the new development has drawn off the energy it needs from consciousness. This lowering of energy can be seen most clearly before the onset of certain psychoses and also in the empty stillness which precedes creative work. [“The Psychology of the Transference,” CW 16, par. 373.]