Eros. In Greek mythology, the personification of love, a cosmogonic force of nature; psychologically, the function of relationship. (See also anima, animus, Logos and mother complex.)

Woman’s consciousness is characterized more by the connective quality of Eros than by the discrimination and cognition associated with Logos. In men, Eros … is usually less developed than Logos. In women, on the other hand, Eros is an expression of their true nature, while their Logos is often only a regrettable accident. [“The Syzygy: Anima and Animus,” CW 9ii, par. 29.] 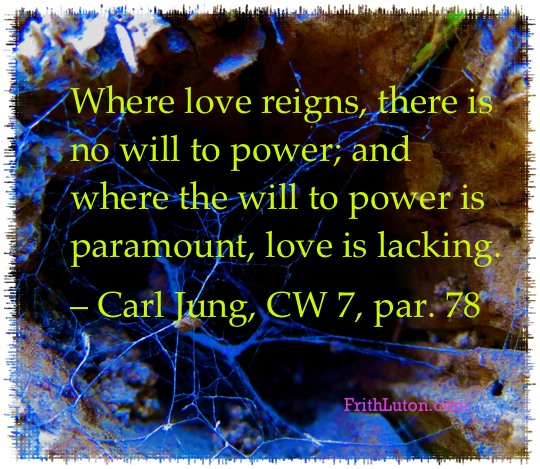 Eros is a questionable fellow and will always remain so. … He belongs on one side to man’s primordial animal nature which will endure as long as man has an animal body. On the other side he is related to the highest forms of the spirit. But he thrives only when spirit and instinct are in right harmony. [“The Eros Theory,” CW 7, par. 32.]

Where love reigns, there is no will to power; and where the will to power is paramount, love is lacking. The one is but the shadow of the other: the man who adopts the standpoint of Eros finds his compensatory opposite in the will to power, and that of the man who puts the accent on power is Eros. [“The Problem of the Attitude-Type,” ibid., par. 78.]

An unconscious Eros always expresses itself as will to power. [“Psychological Aspects of the Mother Archetype,” CW 9i, par. 167.]