Countertransference. A particular case of projection, used to describe the unconscious emotional response of the analyst to the analysand in a therapeutic relationship. (See also transference.) 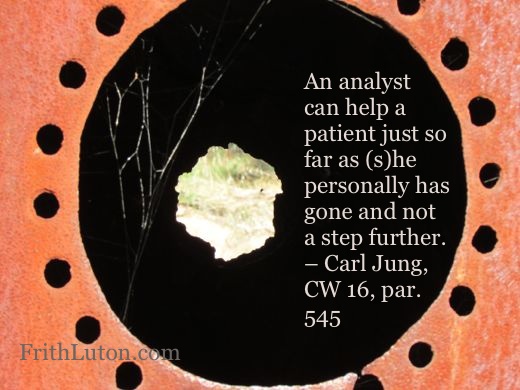 A workable analytic relationship is predicated on the assumption that the analyst is not as neurotic as the analysand. Although a lengthy personal analysis is the major requirement in the training of analysts, this is no guarantee against projection.

Even if the analyst has no neurosis, but only a rather more extensive area of unconsciousness than usual, this is sufficient to produce a sphere of mutual unconsciousness, i.e., a counter-transference. This phenomenon is one of the chief occupational hazards of psychotherapy. It causes psychic infections in both analyst and patient and brings the therapeutic process to a standstill. This state of unconscious identity is also the reason why an analyst can help his patient just so far as he himself has gone and not a step further. [“Appendix,” CW 16, par. 545.]