Cathartic method. A confessional approach to treating neurosis, involving the abreaction of emotions associated with a trauma. 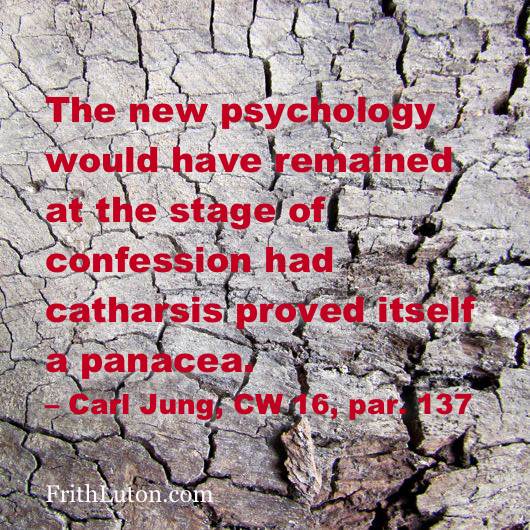 Through confession I throw myself into the arms of humanity again, freed at last from the burden of moral exile. The goal of the cathartic method is full confession – not merely the intellectual recognition of the facts with the head, but their confirmation by the heart and the actual release of suppressed emotion. [“Problems of Modern Psychotherapy,” CW 16, par. 134.]

Jung acknowledged the therapeutic value of catharsis, but early in his career he recognized its limitations in the process of analysis.

The new psychology would have remained at the stage of confession had catharsis proved itself a panacea. First and foremost, however, it is not always possible to bring the patients close enough to the unconscious for them to perceive the shadows. … They have quite enough to confess already, they say; they do not have to turn to the unconscious for that. [Ibid., par. 137.]