Home » About Frith Luton » My Journey

As a child I loved the stories, myth and poetry of many lands and peoples. I also loved exploring in nature: I lived in Queensland, close to a big subtropical river where ocean-going ships – as well as more colourful small craft – sailed.

I moved to Melbourne and completed my education. I was living close to the snowfields of North-Eastern Victoria when I first started recording significant dreams that really asked that I pay attention and ponder on their meaning for the unfolding of my life’s journey. 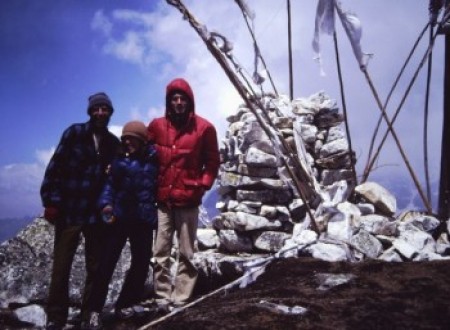 I was passionate about literature and in the 1980s left my career as an English teacher in secondary schools to become a professional book editor. I had travelled extensively spending months in Europe including far north Norway and Morocco, then on another trip three months trekking in Nepal and a month in Thailand and two trips to Burma. After this another month in Greece and three months in Turkey. 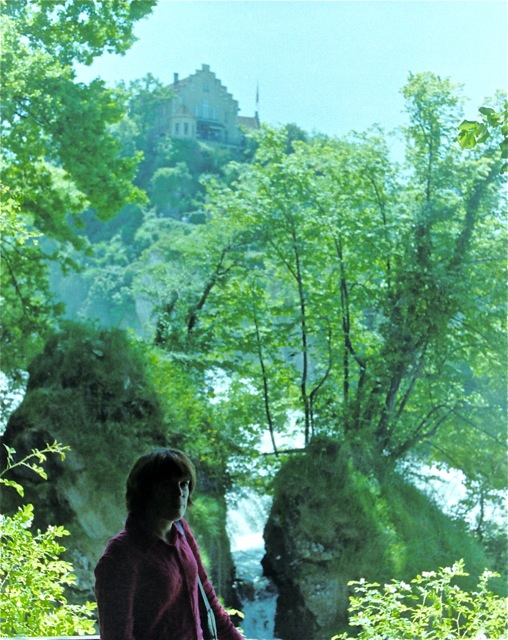 On the Rhine, where Jung spent his childhood, looking towards Schloss Laufen.

Being in Nepal, as well as the death and dying of  some close loved ones, changed my life and opened up my – as Jung calls it – ‘thinking with the heart’ and expanded my horizons and spiritual values. I was aged 30 then, and new paths opened, and this included my introduction to CG Jung’s depth psychological work.

Respecting the wisdom of dreams is ‘the red thread’ and a significant part of my training as an analyst is to stay true to the demanding life’s work of pondering the meaning and amplifying the images and symbols in my own dreams as well as in the dreams of my analysands (those in analysis) entrusting their inner life to me in our dialogues and work together. 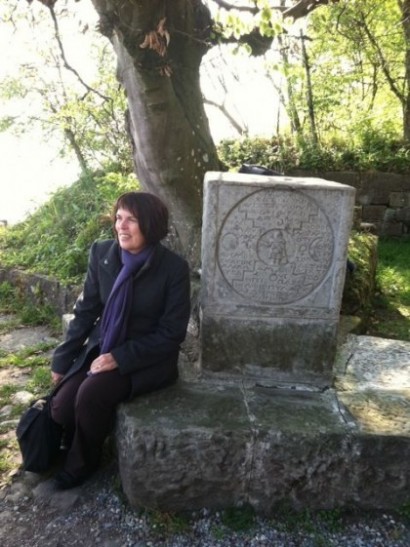 Frith at the stone carved by Carl Jung, at his home at Bollingen. Photo courtesy of H Fincher, 2011